A brief history of St Andrew's Church and the surrounding area

St Andrew’s is a small structure, built in the Early English style. 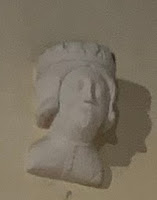 There has been a church on this site since the 11th century and at some stage it was much larger.  When the Victorian renovations were carried out, evidence was found of a large porch, tower and additional aisle.  The carved stone heads (corbel stones) of nuns and a bishop, high up on the walls in St Andrew’s Church date from the 1280s and were thought to support the roof beams of an earlier structure.

Most of what you can see today is the result of major restoration undertaken by renowned church architect William Butterfield between 1864 and 1868.  He designed the west front, with its bellcote, spirelet and weather-cock and specifications for some of the windows.  However, some older features still remain, such as the doorway used to enter church which dates from the13th century.


Little Blunsdon and the Abbey

There is no definite proof that there was ever an abbey at Blunsdon, but there were three abbeys  - at Godstow, Stanley and Ivy Church – who owned the land at Blunsdon.

In 1282 Roger de Writele gave the land to the Abbess of Godstow who may have founded a Priory here.  When Henry VIII dissolved the monasteries, the manor was granted to St Charles Brydges.  His son, Sir John was created Baron of Sudeley and built here ‘a faire gothique house with a great hall after the old fashion’.  Certainly a house with 2 wings appears on an old map, dated 1837.

In 1860, the original mansion was demolished  and ‘Blunsdon Abbey’ was built as a large country home for wealthy sportsman Mr Joseph Clayton De Windt, who was sadly thrown from his horse and killed on the day the last stone was laid on the water tower.  The property was then purchased by John Lyall and on his death in 1881, by Miss Thomas.  Miss Thomas visited the house for the final time on 21st April 1904 before returning to her house in London.  The following night the house caught fire and was left as a ruin, parts of which are still visible from the churchyard today.  The land then passed to Mr Alexander Lonsdale Fell.

We would love to see your contributions!

Please help with contributions to the online news. You could write about your faith, the church building and history, community events - anything of interest to the parish. Please email contributions to Brian: brian@brianclegg.net 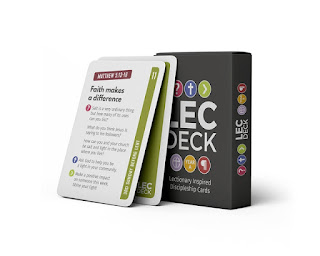 Dan Jones, Youth and Children's Adviser for the Diocese of Bristol, invited his counterparts from Bath & Wells to work on his idea of a weekly youth-specific and versatile discipleship tool based on the lectionary. And the LecDeck was born!

The LecDeck is a deck of 52 cards for engaging young people in God’s word. Each card contains a Bible reading selected from the principal service, thought provoking questions; prayer focus, a weekly challenge and quotable quotes to stimulate thought, discussion, learning and application.

Dan said: 'I am incredibly excited about the LecDeck. The deck of cards can be used in a number of ways; at youth clubs, home groups, Christian Unions, families at home, personal study or given to young people to flick through in a pew.'
Find out more at the Diocese of Bristol website.
Privacy Notice | Powered by Church Edit