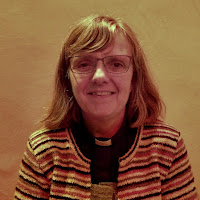 I often reflect on how much North Swindon has changed in recent years and wish I could remember what it was like before. The fact that only 20 years ago most of the parish of St Andrew’s was fields and farms with very few houses and now there are hundreds of new homes housing thousands of people is mind boggling. It’s gone from being a parish which feeds many other people to one which is fed by many other people. And through at least 700 years of this, the church has stood in the middle of the land.

Harvest Festival has undoubtedly changed as the use of the surrounding land has changed. We need far more food to feed the local population and we don’t see it growing in the fields around us – abundant blackberry bushes excepted. But that doesn’t stop us wanting to thank God for all that he’s given us and I hope you will join us to do that at St Andrew’s on Sunday 6th October.

At 10am our children’s service will be celebrating Harvest Festival with a Bible story and craft, particularly aimed at under 7s and their families.

At 6.30pm we will be celebrating harvest festival in a more traditional way with a service of Holy Communion according to the book of Common Prayer, words used in St Andrew’s church for 350 years and some favourite harvest hymns.

We will be receiving non-perishable donations for Swindon Food Collective at both services.


Is now the time for you to be confirmed?

'Confirmation marks the point in the Christian journey at which you affirm for yourself the faith into which you have been baptized and your intention to live a life of committed discipleship. This affirmation is confirmed through prayer and the laying on of hands by the confirming bishop. The Church also asks God to give you power through the Holy Spirit to enable you to live in the way of Jesus.'

So the Church of England describes confirmation. It’s important to recognise that it’s not the start of your life journey and certainly not the end, but a significant milestone on the way when you have the chance to think about what you believe and commit to it publically.

At St Andrew’s we have a series of 4 discussion groups to explore different aspects of the Christian faith, what we believe and how we live as a result. The next confirmation is Sunday 24th November at 4pm at St Michael’s Highworth so if you would like to be included in the preparation for this and be confirmed at that service please contact Sally.

If you have some questions Sally would be delighted to discuss them with you or you may find the answer on the Church of England website.


Safe Space: Discussion for our times

Do you every find aspects of modern life baffling and wish there was the opportunity to discuss the puzzles of life in the 21st century with others?

Safe Space aims to give you that opportunity. We will be looking at issues that we hear about in the media and come upon in our daily lives. There will be the chance to air your thoughts and questions, hear what the Bible might be saying about these issues and reflect on them with God and other church members. There won’t be any right or wrong questions or answers, but the aim is that we will all grow in our understanding of our world and our God.

If this sounds like something you would be interested in engaging in, please contact Sally. The meetings will take place at 15 Rackham Close, Tadpole Garden Village from 7.30-9pm

Last time we looked at Harry de Windt, the explorer, his sister Margaret, lead an even more  interesting life. Harry and Margaret were children of Captain Joseph Clayton Jennyns de Windt, who planned Blunsdon Abbey and is recorded as living at Blunsdon Hall, the house that existed on the site before the current building, sadly destroyed by fire in 1904. 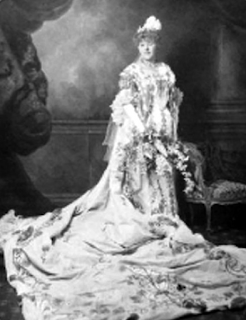 Margaret’s life changed when she married Charles Brooke at Highworth on 28 October 1869, though her home was Blunsdon Abbey the marriage probably took place at Highworth because of the size of the church and also St Andrew’s was still in the process of being rebuilt by Butterfield into its current form.

Charles had become Rajah of Sarawak, on the death of his uncle James in 1868, who had never married.  The White Rajahs were a dynastic monarchy of the British Brooke family, who founded and ruled the Raj of Sarawak, located on the north-west coast of the island of Borneo, from 1841 to 1946: it is now a state within Malaysia.  As a reward for helping the Sultanate of Brunei fight piracy and insurgency among the indigenous peoples, he was granted the province of Kuching which became known as Sarawak in 1841 and received independent kingdom status.

Margaret was raised to the title of Ranee (Queen) of Sarawak with the style of Her Highness upon their marriage. It is said that the marriage was arranged to solve the succession issue in Sarawak. The Astana Palace, which still exists today, was built especially for her as a wedding present by her husband.

The White Raj was well respected by the local community and is still today recognised with a monument to the Brooke family and a recently opened the Ranee Museum located at the Old Court House building in the old part of Kuching city. 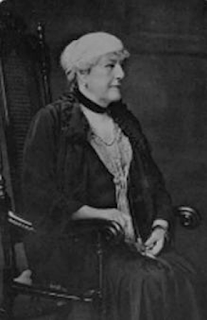 Margaret had six children; sadly the first three died in infancy, but the younger three survived. Her son, Charles Vyner Brooke became Rajah in 1917. Margaret spent much of her life away from Sarawak in London, where she was at the centre of a social circle that included several of the leading literary talents of the 1890s, such as Oscar Wilde and Henry James.  She financed the education of her sons by pawning the diamond Star of Sarawak, and arranged the marriages of her sons by organising social events for the British aristocracy and introducing her sons to marriagable daughters of the British nobility. Her title of Ranee gave her a position in London society and through it she gave prestige to Sarawak. She wrote a book My Life in Sarawak (Methuen & Co., 1913) giving a detailed description of the country, people and life of the White Rajah.

A Hollywood film is currently in production which is to be released in 2020. Though it seems to be primarily based on the first Rajah, James Brooke, it will be interesting if Margaret is included and who plays the role. The idea of making this film goes back to 1936 when Errol Flynn wrote a script but it never went into production. 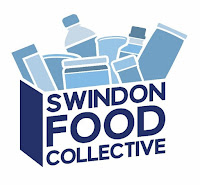 On Fridays I collect and take one of the Swindon Food Collective vans to the Distribution Centre at St Aldhelm's Church in the town centre which is the busiest of the centres from which SFC operate. 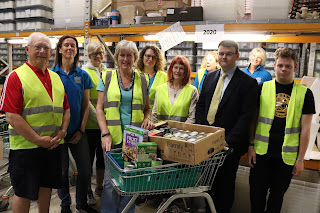 SFC distribute food based on a fixed list of items which is designed to feed a person couple or family for 3 days. Week by week SFC are short of long life fruit juice, tight on supplies of Long Life UHT milk and canned potatoes all of which are on the nominated product list. So if you are planning to give to SFC can you please focus on these items please as right now these are those items most required.

Above and beyond the nominated list SFC will collect and distribute a plethora of other items of such extra supplies toilet roll toothpaste and toothbrushes would be greatly appreciated.

We would love to see your contributions!

Please help with contributions to the online news. You could write about your faith, the church building and history, community events - anything of interest to the parish. Please email contributions to Brian: brian@brianclegg.net 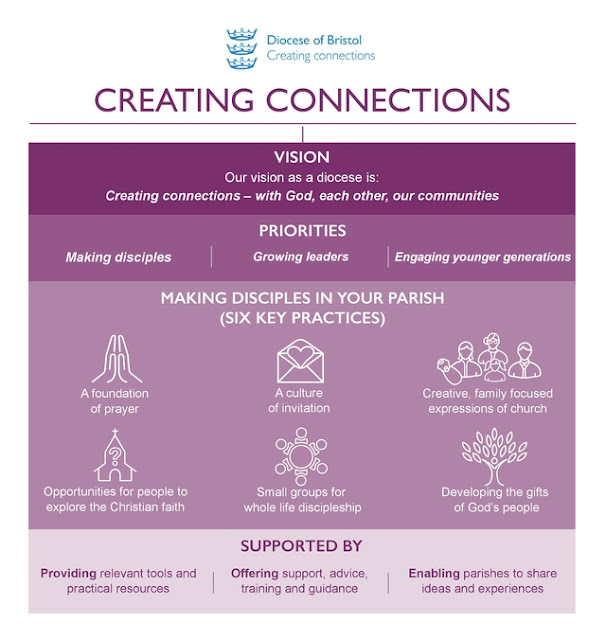 Find out more at the Diocese of Bristol website.